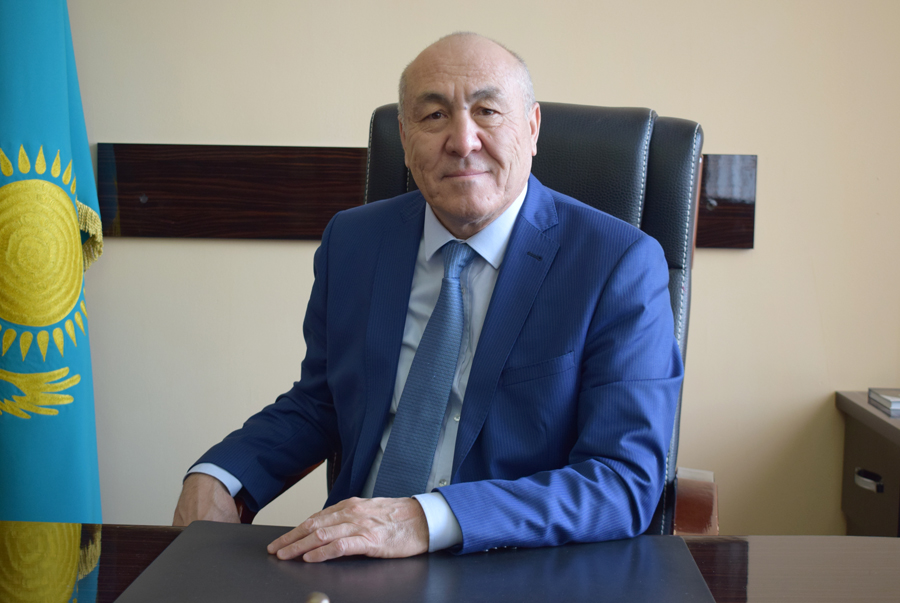 Academician of the Academy of Sciences of Clinical and Fundamental Medicine

In 1983 he graduated from the Almaty State Medical Institute with a degree in General Medicine. After completing a one-year internship at the Taldykorgan regional hospital, in 1984-1987 he worked as a surgeon, head of the surgical department of the Alakol Central District Hospital, Taldykorgan region. In 1987-1989, a targeted clinical residency in surgery of the USSR Academy of Medical Sciences in Moscow.

1989-1999 senior laboratory assistant, assistant, then associate professor of the department of hospital surgery at KazNMU named after S. D. Asfendiyarov. 1993-1995 - Deputy Dean of the Faculty of Medicine.

In 1992 he defended his Ph.D. theses "Comprehensive assessment of pancreatic transplant function in the early postoperative period" in the specialties: 14.00.41 - "transplantology and artificial organs" and 14.00.27 - "surgery" in Moscow. In 1998 he defended his doctoral dissertation "Surgical treatment of insulin-dependent diabetes mellitus", specialty 14.00.27 - "Surgery".

He is the author of 324 publications, including 20 inventions, 5 textbooks.

8 Ph.D. theses were defended under the supervision of M.M. Rysbekov. Doctor - surgeon of the highest qualification category.