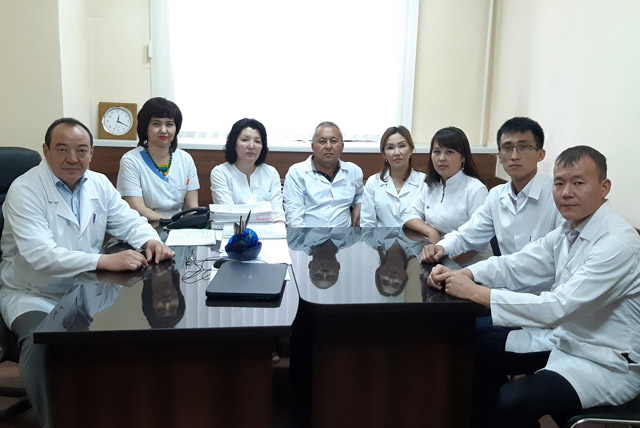 History of the department

After opening of the general medical faculty on the basis of the Shymkent Pharmaceutical Institute in 1992, the Department of Normal Anatomy, Histology and History of Medicine was organized. Since october of the same year the department started its activity.

Under the guidance of the rector of the institute K.U.Ushbaev and the pro-rector for academic work of Professor K.A.Adilbekov invited from the Kazakh National Medical University named after S.Zh.Asfendiyarov Candidate of Med. Sci., Associate Professor Sakhypbaev Asylkhan Sakhpbaevich and approved as the head of the Department of Anatomy and Histology (1992).

From the first days of his career, associate professor Sakhypbaev A.S. made a huge contribution to the creation of a material and technical base, the organization of educational and methodological work, the provision of teaching staff of the department.

Associate Professor Sakhypbaev A.S. for the first time at the department carried out the organization of work on the creation of an anatomical museum and an "anatomical complex" for the preparation of anatomical preparations. In the first years of the department's work, experienced specialists from the Kazakh National Medical University were invited to the exchange of experience and mastering the teaching skills for beginner teachers: prof. Tolybekov A.S., prof. Musagalieva G.M., associate professor Sisabekov K.E.. They helped the department in creating histological and anatomical materials, preparations, in conducting practical exercises and lecturing. The solution of the above-mentioned tasks was carried out by great work of the skilful leader, the first head of the department, Sahypbaev A.S.

Associate Professor Sakhypbaev A.S. from the first days of his work he paid special attention to pedagogical skills, the training of young cadres, to improve their skills, created the best conditions for obtaining knowledge by students.

As the deterioration of health A.Sahipbaev from March 1998 to September 1999, the department was headed by associate professor Ustinov V.V. In 1999, the Department of Anatomy and Histology was merged under the name of the Department of Morphology. Associate prof. Sisabekov K.E. was approved as the head of department. At the new department, along with teaching and methodical work, scientific research was carried out. Associate Professor Sisabekov K.E. and Associate Professor Zhumashov S.N. actively worked on his doctoral dissertations.

During these years, in the department candidate dissertations were defended and obtained titles as associate professors Zhaksybergenov A.M. and Tanabaev B.D..

In 2008-2009 By the decision of the Head of the State of the Republic of Kazakhstan, the South Kazakhstan State Medical Academy was reorganized into the South Kazakhstan State Pharmaceutical Academy. At the academy, cardinal changes were made, small departments were cut, combined into large. Histology and pathological anatomy were attached to the department of anatomy, as a result, the Department of Morphological Disciplines was organized. D.m.s., prof. Sisabekov K.E. was approved as the head of department.

According to the order №105p (item 2) on the basis of the decision of the SKSMA Academic Council dated August 27, 2015, No. 1, "Department of Morphological Disciplines" and "Department of Normal and Pathological Physiology" were combined with the transfer to their structure of the discipline "Physical Culture with Valeology" from the department "Hygiene-1", and the newly formed department was named "Department of morphological and physical disciplines, physical training with valeology" headed by candidate of medical sciences, Zholymbekova L.D.

According to the order No. 71p (item 2) on the basis of the decision of the Academic Council of the SKSMA of 31.08.2017 of the project No. 1 changes were made in the structure and staffing of the Academy for the 2017-2018 academic year, the department of "Morphological and physiological disciplines, physical education with valeology" is divided for two departments:

Due to reorganization, according to the order No. 58p, on the basis of the decision of the Board of Directors of JSC SKMA dated April 13, 2018, No. 3 (item 6), the Department of Morphological Disciplines is divided to:

2. department of «Pathological anatomy and histology»

The following disciplines are taught at the department:

1. 1-year on specialty: «General medicine» - «Basics of morphology and physiology-1»;

5. 1-year on specialty: «Pediatrics» - «Basics of morphology and physiology»; 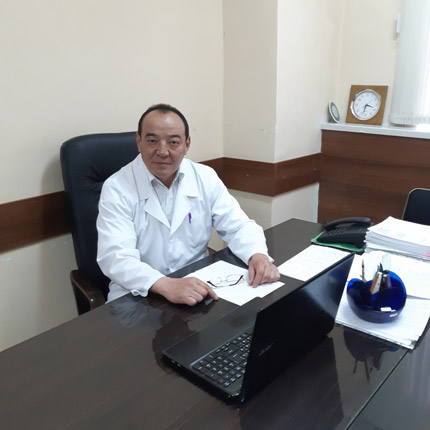 Teaching staff of the department:

Department has a museum. 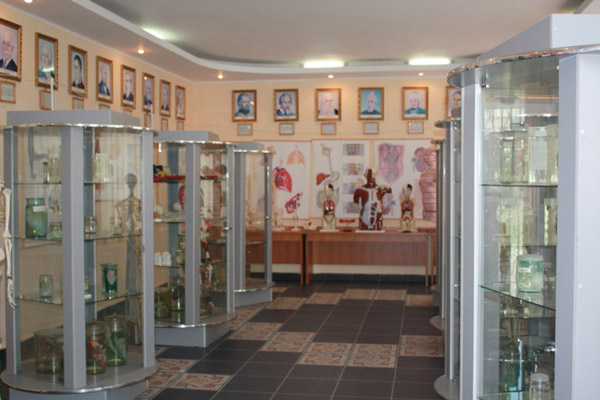 At the department there is a student scientific circle, organized from among those wishing to engage in research of students. Each student is assigned a specific section of the research topic of the department and the supervisor of studies.

The results of the work of the student's scientific circle on anatomy are marked with certificates of the third degree on the morphological Olympiad in Aktobe.