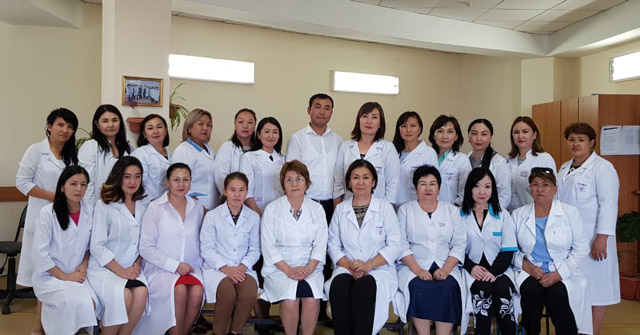 History of the department

The Department of Language Disciplines was founded in 1979 with the opening of a branch of the Almaty State Medical Institute. The duties of the Head of the department were performed by Candidate of Philology, Associate Professor Baizhanov T.B.

During 2000-2006 the Head of the Department of language disciplines was M.D. Musabayeva, candidate of philological sciences.

As a result of the reorganization in September 2004, the Department of the Russian Language was established, headed by Candidate of Philology, Associate Professor Amandykova S.Kh.

During 2006-2012 the department of Kazakh and Latin languages was headed by Salim E.K., and during 2012-2014 the heading of this department was entrusted to Candidate of Philology Zhumadillaev G.N..

Since June 1, 2018, the Department of Kazakh, Russian and Latin languages is headed by Ibraeva Lyazzat Bostanovna, candidate of pedagogical sciences 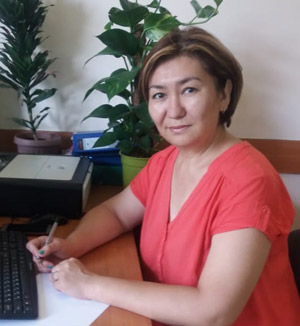 Ibraeva Lyazzat Bostanovna, candidate of pedagogical sciences, Head of the department of Kazakh, Russian and Latin languages. Graduated from the International Kazakh-Turkish University named after H.A. Yasavi in 1995, majoring in "Russian Language and Literature". In 2004, she defended her thesis on the topic "Studying a foreign language in a teacher training university as a factor in the humanistic development of the personality of the future teacher". Cipher: 13.00.08 -theory and methodology of professional education.

The main tasks of the department of Kazakh, Russian and Latin languages
• Formulate the language competence.
• To teach the language of the specialty on the chosen profile.
• To form communicative and speech competencies in reading, listening, writing, speaking.
• To familiarize students with the theoretical foundations of the culture of speech as a scientific discipline.
• Form students' skills in communicating oral and written thoughts in various fields.
• Ensure that students understand the specifics of the functional styles of the modern literary language.
• To form students' skills of drawing up personal and official documents, drawing up business papers.
• To teach students the ethics of speech communication and the assimilation of etiquette formulas of speech.
• Create conditions for the successful teaching of foreign students to Russian and Kazakh languages.
• To teach foreign students the basics of medical terminology in its three subsystems: anatomisto-histological, clinical and pharmaceutical.
• Facilitate the adaptation of foreign students in a new social and cultural environment.

Scientific priorities of the department
The scientific work of the department of Kazakh, Russian and Latin languages is aimed at the formation and development of a multilingual communicative environment in medical education, as well as improving the language competence of students through innovative and interactive language teaching.

Currently, the teaching staff of the department consists of 8 people: