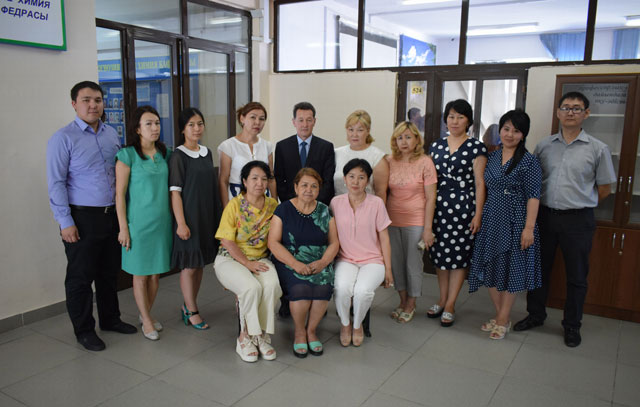 HISTORY OF THE DEPARTMENT

The Department of Chemical Disciplines was established on April 14, 2018. The head of the department for the contest was elected Ph.D., acting professor Daurenbekov K.N.

In 1980 the following departments were opened:

Since 1985 Head of the Department of Inorganic and physical and colloidal chemistry was elected c.ch.s. Yermekbaeva L.B.

A great contribution to the formation of the department and training of personnel was made assoc. professors Baktibaev O.B., Sadykova F.Zh.

Since 2007-2009 Department of Medical biology, pharmacognosy and chemistry under SKSPA. The head of the department was professor Patsaev A.K.

From 2009 - 2018 Department of Pharmacognosy and Chemistry of SKSPA. The head of the department is Doctor of Chemical Sciences, Professor Patsaev AK.

In 2013 under the leadership of Patsaev A.K. a research laboratory of medicinal plants was developed.

The laboratory of medicinal plants was created on the basis of the decision of the Academic Council of 28.08. 2013, Protocol No. 1.

Goals of the Department:

• Mastering of the theoretical basis and getting of the professional ability and skills on isolation and purification of organic compounds;

• Mastering of the theoretical basis of important methods of quality and quantity determination of substances and general principles of modern and perspective methods of analysis;

• Mastering of the theoretical basis of and getting of the professional skills on prediction of possibility of spontaneous behavior of reactions.

• Mastering of the theoretical basis and getting of the professional skills on determination of medicinal plant raw materials leaves, herbs, roots.

At the Department students on specialty «Pharmacy» study the next disciplines:

on specialty «Technology of pharmaceutical industry» study the next disciplines:

The list of learning disciplines on novel elective courses are updated every year.

SCIENTIFIC RESEARCH WORK OF THE DEPARTMENT OF CHEMICAL DISCIPLINES

Scientific direction of the work of the Department of Chemical Disciplines:

1. Innovation technology in teaching of chemical disciplines in medical institutes of higher education;

The scientific adviser assoc. prof. Orynbasarov K.K. was prepared 5 master of medical science with a degree in pharmacy.

The scientific advisor ass. professor Toksanbaev Zh.S. was prepared 1 master of medical science with a degree in Pharmacy.

Employees of the department are the authors of 13 textbooks in the state and russian languages, as well as more than 450 scientific papers, including 250 articles and abstracts of papers, 85 educational and teaching aids. The authors of 30 model programs, 3 inventor's certificates for invention and 5 patents.

Educational work of the department

Educational work of the department is conducted in the following areas: scientific research, education in the spirit of patriotism, in the spiritual and moral terms, cultural and aesthetic and ethno-cultural education, strengthening national unity, respect for national values, promoting a healthy lifestyle, legal education, assistance in mastering entrepreneurial skills, skills and personal qualities. Also, the work is carried out to fully provide students with educational and methodical complexes for the subjects studied.

On April 7, 2021, an open educational hour was held online with students on the topic "Corruption is a disease of society."

According to the memorandum between the Samarkand State Medical Institute (Republic of Uzbekistan) and the South Kazakhstan Medical Academy (Republic of Kazakhstan) within the framework of academic mobility from 11/16/2020 to 12/23/2020 Head of the Department of Chemical Disciplines, Candidate of Chemical Sciences, Acting Professor Daurenbekov Kanat Narbekovich and Candidate of Chemical Sciences, Acting Professor Alikhanova Haliya Bakadirovna read lectures and conducted online practical classes for 1st year students of the medical faculty of the SSMI on discipline "Medical chemistry". 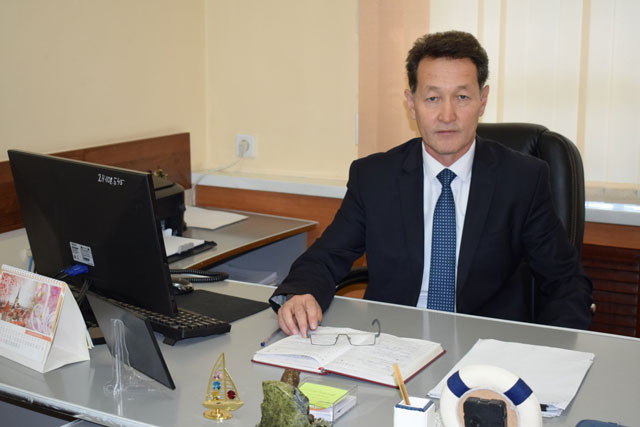 The head of the department, candidate of chemical science,

Since August of 1990 till September of 1993 he worked as junior researcher at the Institute of chemical science named after A. Bekturov under AS KazSSR. During period of 1993-2007 he was a junior researcher in CSIL under SSPI, and a teacher, senior teacher, acting professor of the department of chemistry and assistant dean of the medical faculty of SKSMA.

He is author of 4 textbooks, 10-methodical manuals, more 70 scientific-methodical publications.

10. Myrzageldieva Raykhan Beysenbekkyzy - magister of chemistry, Head of the Laboratory of "The department of chemical disciplines"

The Department is situated at the address: